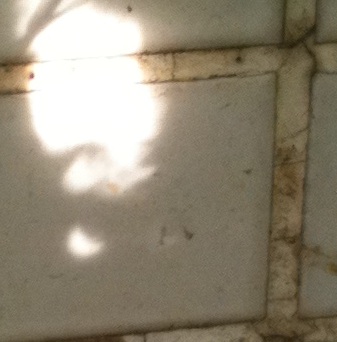 Apparently the Space Museum in Tsim Sha Tsui was having a public viewing, which probably would have been more exciting, but I wasn’t sure how long it was going to last. I took this picture at 4:30pm local time, about half an hour before the maximum. According to the Hong Kong Observatory, the eclipse started at 3.33pm, maxed at 4.54pm, and ended for HK viewers when the sun set at 6pm. Pretty cool, huh?