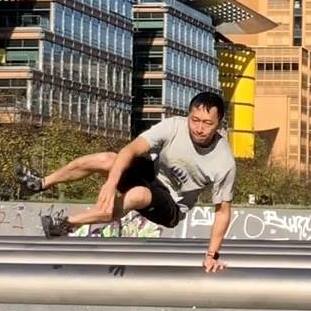 I like languages and linguistics and computers and programming. I worked at Apple for about six years, first on Siri for Cantonese, then on keyboards (mostly Chinese and Japanese on iOS, but also keyboards running the gamut from Dvorak to Burmese). Before that I did a Ph.D. in linguistics at UC Berkeley. You can see my academic page for my dissertation and various papers.

In addition to the macOS apps on this web site, I am also the developer behind the Roots Village Database, a searchable database of villages and surnames in the Pearl River delta; and a major contributor to the STEDT Database Search Interface during my time at the STEDT project (Sino-Tibetan Etymological Dictionary and Thesaurus).

My favorite (programming) language is perl.

I’ve had this domain since 2004. It is meant to be vaguely evocative of the Old Chinese word for ‘pen/writing brush’. The character 聿, by the way, was originally a picture of a hand 肀 holding a brush. The bamboo radical was added later, giving us the modern character 筆.