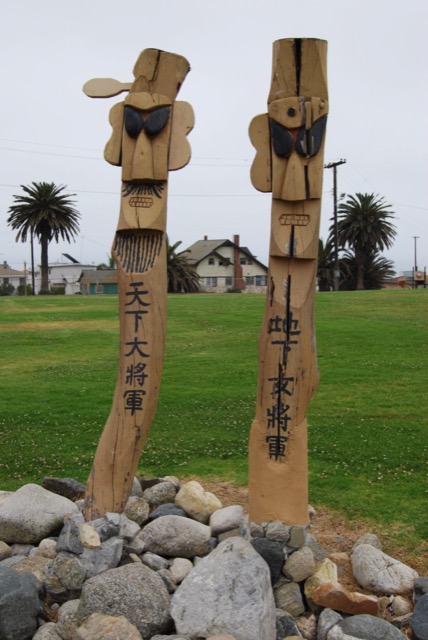 While at the Korean Bell of Friendship in San Pedro, I saw these two wooden figures that had written on them 天下大將軍 and 地下女將軍. (They also look like they’ve seen better days.) I was puzzled, took a picture, and now have looked them up on the internet.

Apparently these are called jangseung 장승, and traditionally they’re placed outside villages to ward off demons, etc. There’s even a 184-page photo book of them, called Changsŭng, Village Guardian God of Korea (1993, Hwang Hŏn-man 黃憲萬).